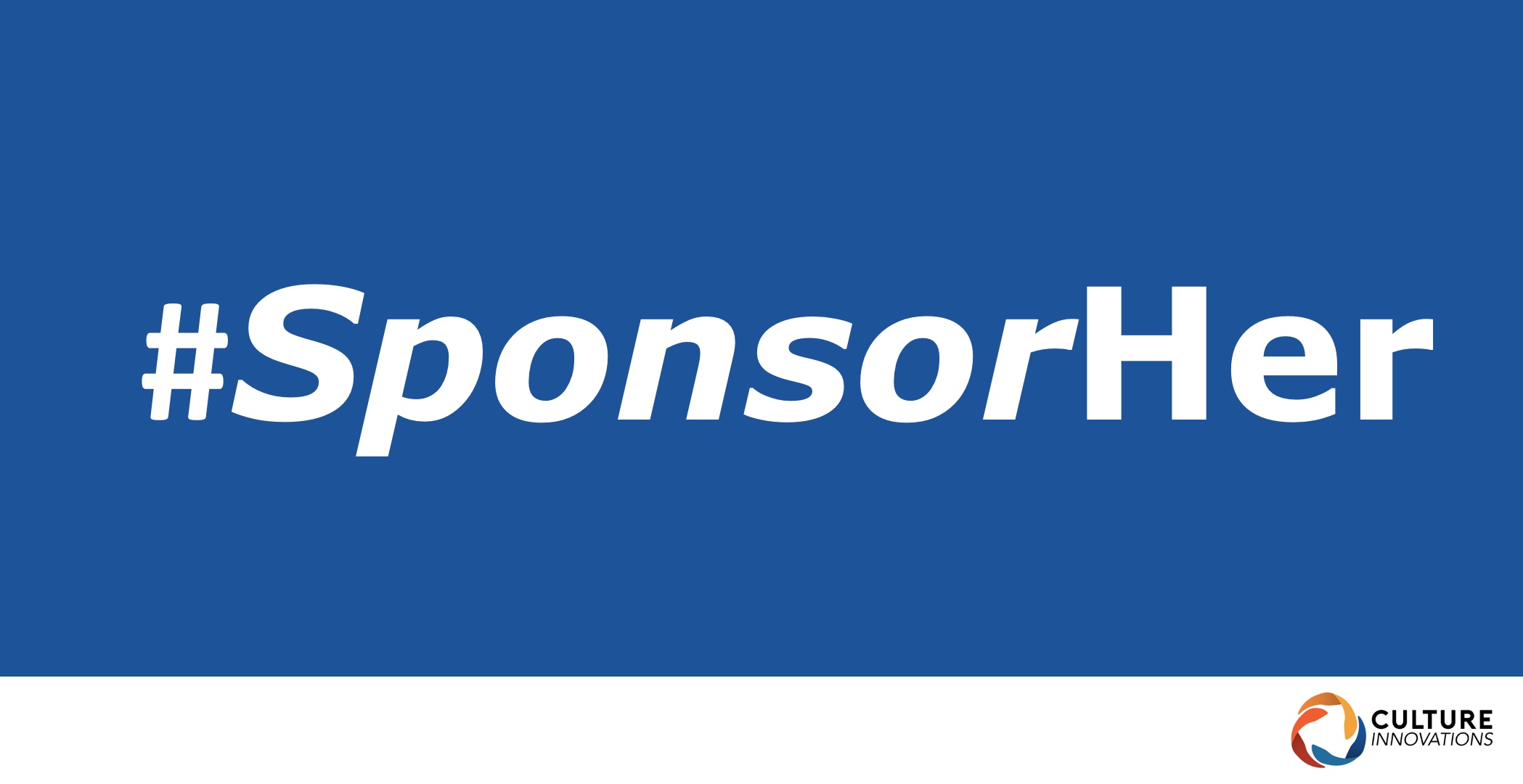 The new hashtag going around #MentorHer doesn’t cut it. Not that I don’t appreciate the sentiment that there needs to be a focus on being more inclusive in developing leaders all up and down the organization. It’s that women tend to be over-mentored and yet under-sponsored. Sponsorship – where a senior leader actively advocates for promotion or advancement on behalf of another – is much more effective for building the number of women in leadership roles.

There is significant parity in early leadership development between men and women. Unfortunately, that parity begins to break down the higher one moves up the ladder in an organization. This is not a new phenomenon; it has been this way for a generation. A 2011 Harvard Business Review article showed that sponsorship is strongly related to advancement in leadership roles yet women are significantly less likely to have a sponsor than men.

What does sponsorship look like?  An example is during promotion discussions, the people in the room need to use their own political capital to champion women instead of the people that are most “like” themselves or those that senior leaders are most comfortable with – often other men. Spending political capital to advocate for a woman is quite different from #MentorHer. It’s #SponsorHerand it means that leaders put their own skin in the game to make sure that more women are given stretch roles and are promoted. When this happens, parity will rapidly build in corporate leadership because someone will be standing up for the woman that gets overlooked because of bias – whether unconscious or otherwise. If a leader isn’t sure a woman is ready for the next role, they could challenge themselves by asking 2 questions. First – am I letting my own filters see her as unready?  Second – How can I get comfortable using my own political capital to stand up and recommend someone who is different from me?”

#MentorHer doesn’t cut it for another reason. Mentors give advice and, on the whole, feels quite patriarchal. It is helpful but is not the only route an ambitious person could take to be prepared to lead. An ambitious person needs to drive their own career – educate yourself, take on challenging roles, promote your own accomplishments, and find your own mentor or coach if you are not getting the coaching or mentoring you desire. Mentors and mentees do not have to be in the same organization.

Mentoring up-and-coming leaders in an organization are important. AND it should be much less rare than it is today. Part of leading well means developing the people in the organization – one of the best ways to do that is by both mentoring and coaching. By making mentoring and coaching available to all, everyone benefits, and the entire organization profits. To address unconscious bias in the workplace, systems and processes for bias-blind recruiting, development, and advancement create the environment in which inclusivity thrives – but this is a topic for another time.

Building a more inclusive leadership bench takes guts. It takes leaders intentionally coaching and mentoring everybody in their organization and it takes leaders who stand up and #SponsorHer for advancement.

Many teams are moving permanently to a work-from-home model challenging managers in many new ways. One of the most impactful is in their ability to implement business team coaching to set their employees up for success. While having a team coach on hand every day to...

Most anyone who has been in a management position is familiar with tips designed to develop high-performing teams: Clearly communicate your mission, empower rather than micromanage, foster cooperation, resolve conflicts quickly, trust your team members. Of course,...

Team development coaching can be beneficial in a myriad of ways. When it comes to following the steps to developing a strong team, this process can transform a good team into a stellar one. As a team leader or manager, you may be struggling with combining the efforts...

In order to change organizational culture, you first need to understand how it is created and maintained. Many business owners or team leaders assume responsibility for the current environment at work, but leadership actually plays a relatively small role in the...

3 Steps to a High-Performing Team in a Virtual Environment

There’s no doubt that COVID-19 has changed the way we work. Many workplaces have discovered that they can have a high-performing team in a virtual environment, and their overall productivity is thriving. According to a study by Fuze, 54 percent of workers surveyed...

The Secrets to Building an Effective Team

Building an effective team goes far beyond hiring top talent. While talent does go a long way, the secret sauce to successful outcomes lies within an effective team strategy. We’re going to dive deeper than the roles your employees have individually and look at how...

What to do When You Have a Dysfunctional Team

Aristotle once said, “The whole is greater than the sum of its parts,” and this is especially true for a company’s organization. When all parts of a team work together well, the result is a synergistic effect that is just brilliant. However, when even one member of a...

Why Team Stability is Important

What stage is your team in? Teams that Work: Back in 1965, Bruce Tuckman first described the phases of team development as forming, storming, norming, and performing. With variations and enhancements on the theme, these phases generally have stood the test of time. In...

With the appearance of COVID-19, businesses have had to become even more nimble than before. Many businesses shifted employees from the office to working remotely, which has come to mean, working-from-anywhere. Companies that offered this shift in arrangements are now...

Workplace Well-Being: The Next Generation of Employee Benefits Packages

In the not-so-distant past, offering employees health insurance and retirement benefits was adequate for enticing talent to your company. The times have changed. Today, employees look for a more well-rounded package of benefits that focuses on more than compensatory...

Let’s face it, working with teams is complicated. I once was part of an exceptionally dysfunctional team, and it was not only painful but costly to the business and the staff. If we had all been able to move in the same direction, we could have emerged as a market...

Wellbeing Is An Antidote

Author: Lianne Sipsma I am in some way comforted by the barrage of emails pouring into my mailbox under the subject heading of COVID-19. A letter and number combination I did not know just a few days again is now consuming my every waking moment and dictating my every...

Performing as a Team When Everyone is Working From Home

It is looking more likely in the next few months that organizations will have to continue running while many, if not most, of their employees, are working from home because of the COVID-19 virus. Working virtually is nothing new, and a lot has been written about how...

Navigating the World in the Wake of #MeToo

Navigating the workplace in the forever changed world (hopefully for the better) can seem daunting to many. Using common sense, honesty, and respect to have mature conversations is the key. Sound easy? Not so much. We've been having conversations at Culture...

By Nancy Benthien and Jill Knocke Companies in highly technical industries, e.g. Energy or Technology, are known for their capabilities to engineer solutions to difficult problems such as safely drilling high pressure/high temperature (HPHT) wells or creating...

← Prev: Navigating the World in the Wake of #MeToo Next: Performing as a Team When Everyone is Working From Home →